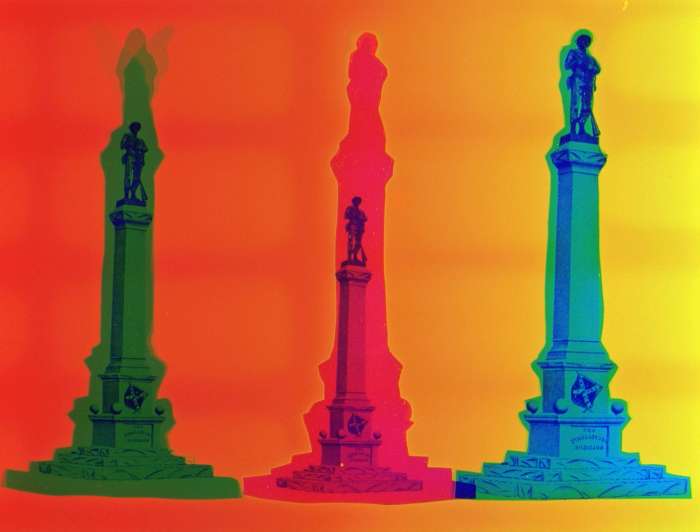 TAKE IT DOWN! Recent Films by Sabine Gruffat and Bill Brown

In this collection of recent work by media artists Sabine Gruffat and Bill Brown, celluloid film serves as a material register and critical resource for interrogating the documentary image. Whether floating past the smokestacks and riverboat casinos that line the Mississippi River, or giving three cheers for the fall of Confederate monuments across North Carolina, Brown and Gruffat investigate new audiovisual languages for describing and deciphering life in the American South.