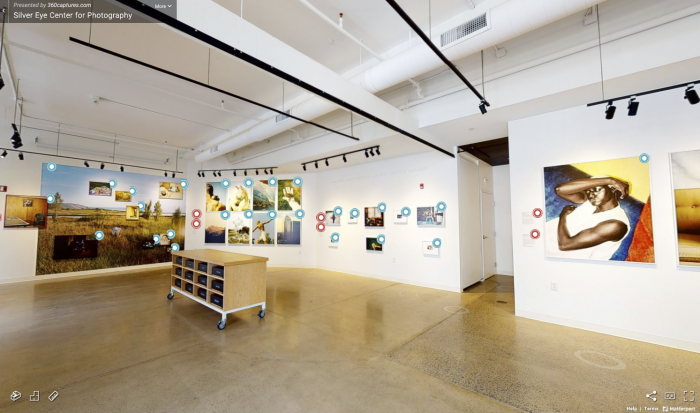 If you aren't able to visit the gallery in person, you can still connect with our exhibitions through a 3D Matterport rendering, which includes views of all the artwork on view, as well as descriptions of the exhibition wall text.