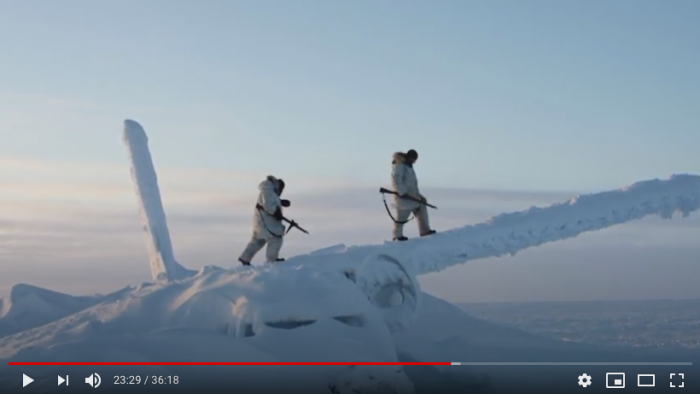 Studio Visits w/ Silver Eye is a series of conversational, virtual studio and exhibition visits with artists from our community and beyond. In this episode Louie Palu talks about enduring influences of his working class parents, what makes a compelling conflict photograph, and why the fight against climate change needs science and imagination.

Mary Ellen Mark was an American photographer known for her photojournalism, documentary photography and portraiture. She often photographed people who’s lives and stories were shied away from by mainstream society and news, focusing on issues such as such as homelessness, loneliness, drug addiction, and prostitution.

The Lost Franklin Expedition, named for Sir John Franklin consisted of two ships, H.M.S. Erebus and H.M.S. Terror, which disappeared in 1848 while searching for the Northwest Passage, it was not until 2016 that the remains of both ships were discovered. Some artifacts that were discovered can be viewed here on the first national historic site to be co-managed by Inuit and Parks Canada.

The North Warning System is a joint United States and Canadian radar system that includes 47 radar sites spanning the Arctic from Labrador to the Alaska border. The system has the capability to detect airborne threats across North America's polar region.

See a video of Louie Palu’s ice block prints on view during the 2019 SXSW in Austin, TX