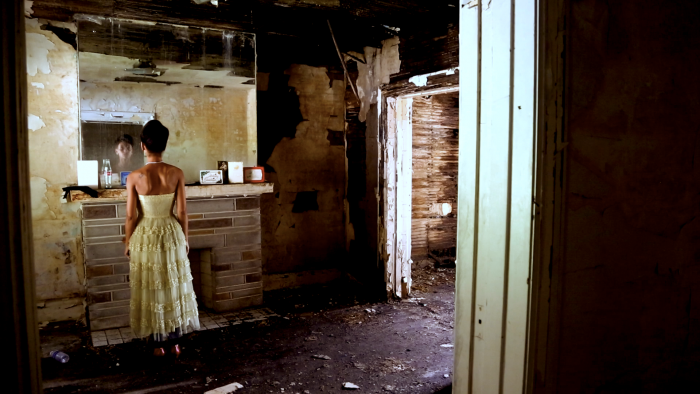 Channel Silver Eye presents two films by Pittsburgh, PA based artist Alisha B. Wormsley, and Houston, TX based artist Li Harris. In their films, Children of Nan and Cry of the Third Eye, the filmmakers look to the experiences of Black American motherhood, gentrification and notions of abduction and survival. They pull from the genres of science fiction and magical realism to build experimental, multi-dimensional worlds in which to explore these concerns.

Alisha Wormsley's film, The Children of Nan, takes place in a dystopic future, where Aditi 34 has only known life underground in a lab where she was created with her three sisters. Their maker, the Scientist, keeps them locked away for their "own safety." Her only connection to the outside world is an archive that gives her insight to how they came to be underground. She and her sisters start to have visions of their mother, NAN and the outside world and even one another in a different life. One by one her sisters begin to disappear and Aditi 34 must escape the lab, go above ground and search through time and space for her sisters and NAN.

Cry of the Third Eye is a new opera film, that follows the story of a young girl who wonders what’s really going on in the hood as she searches through the redevelopment of historic Third Ward Houston, Texas for her lost dog. This interdisciplinary performance piece touches on identity, gentrification and abduction, and is presented as a semi-silent short film with live musical narration performed by the writer, composer and director, Lisa E. Harris.
HD video, live vocal performance with electronic theremin and sampler, 29 minutes