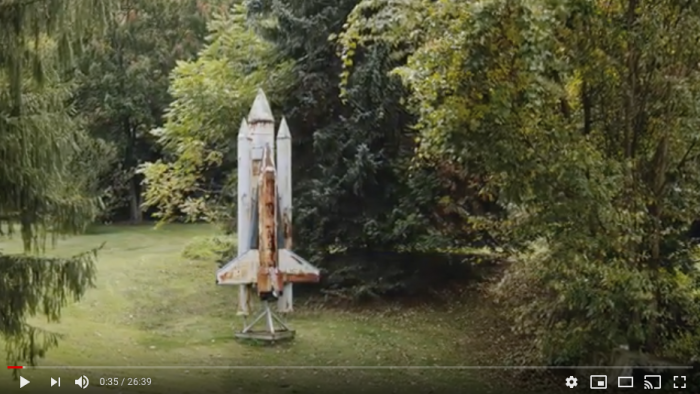 Studio Visits w/ Silver Eye is a series of conversational, virtual studio and exhibition visits with artists from our community and beyond. In this episode Ross Mantle discusses his recent exhibition Misplaced Fortunes, how he got interested in the legend of General Braddock's lost treasure, why he loves to photograph holes, and his love of homonyms. Studio Visits w/ Silver Eye is hosted by Executive Director, David Oresick.

Major General Edward Braddock (1695 –1755) was a British officer and commander-in-chief for the Thirteen Colonies during the actions at the start of the French and Indian War. The Braddock expedition, also called Braddock's campaign or, more commonly, Braddock's Defeat, was a failed British military expedition which attempted to capture the French Fort Duquesne, what is now modern-day downtown Pittsburgh.

The Hudson River School was a group of 19th century American painters who began working in the Hudson River Valley of New York State. They focused on painting the vast and untamed American landscape, and were influenced by ideas of expansionism and Manifest Destiny. These painters often included majestic vistas or viewers of awe inspiring unspoiled terrain in their work. Well known members of this group included Thomas Cole and Albert Bierstadt.

A homonym is each of two or more words having the same spelling or pronunciation but different meanings and origins. For example, “hole” and “whole”.

Cache Hunting, originally published in 1984 by H.G. Carson, offers would-be treasure hunters suggestions and tips for creating their own blueprints in the quest to find caches of different kinds.